There is no word for this. There is no word for this beautifully excruciating state of being, in which a parent has been separated from her child by death. There is no term to express the existence of a parent on earth while her child lives in Heaven. Why is that?
A person who has lost a spouse is a widow or widower. A child who has lost her parents is an orphan. They have terms to describe the change that took place in that moment of loss. They have terms to label their “new normal.”
I don’t.
I’ve thought quite a bit about the phrase “new normal,” as I have heard it referenced many times since we began this journey last December. I look back at what was once normal and it seems … young. In a way, it was like graduating from grade school and going directly into college. It’s a whole new level… a whole new normal. What was true then is still true now, but it’s so much deeper and more expansive. While I knew such a loss was possible, I had no way of fully knowing the impact of it until I experienced it for myself. I had no way of knowing the unique mixture of joy and sorrow, and peace in pain. It’s more than just being sad and missing someone.
The new normal is ever-changing. Who I was before is being continually re-defined. I don’t think there’s really a point when it is possible to say, “ok, I’ve moved on, I’m good now.” When a rock is thrown into a lake, the ripples continue after the initial impact. Maybe I should say, rather, when a rain drop hits a lake…
The new normal is an odd mix of anticipation and sorrow, with renewed purpose and utter exhaustion. The new normal is being surprised when tears suddenly spring up in my eyes at the most random reminders that she’s no longer with us on earth, yet feeling joy that she was my baby girl. As painful as it has been, I can’t make myself wish for the old normal. The old normal didn’t include my babies, and in the old normal, I hadn’t caught a glimpse of Heaven.
There should be a word for this.
If I were to choose or create a word to label this new normal, I’d want it to reflect how the experience is never truly over, but it is ever-changing and developing. I’d want it to reflect how a parent’s way of relating to others morphs into something different and the view of the world and its priorities shifts significantly. I’d want it to be clear that, although a sense of humor may still be present, there is a continual, unspoken somber air that clings to the parent of a child in Heaven. We’ve glimpsed the other side…. And the other side seems more real than this one.
A term to describe a parent who has lost a child would need to incorporate the idea of a challenge, a journey, and being broken. It would reflect a new character and a new' way of relating to life.
I think of the story of Naomi and her daughter-in-law, Ruth. After losing her husband and sons, Naomi returned to her former home. When the women there saw her, they said, “Can this be Naomi?”

Naomi, whose name meant “pleasant,” told them to no longer call her Naomi. She was different. She preferred to be called by a name that meant bitter. “Bittersweet” is a term I’ve found myself using frequently over the past months. We know God is working, even through the painful parts of the experience. I’m not sure how to take Naomi’s response. I hope she eventually found the joy in the sorrow, though I don’t get the impression from that brief passage that she had yet. I hope that when she saw her faithful daughter-in-law, and as she held her grandson, Obed, she felt the sweet that went along with the bitter.
Regardless of whether or not Naomi found the sweet with the bitter, it is evident that she was a changed woman. Loss does that. Painful life experiences open our eyes to deeper truths about our existence.  According to Paul, our sufferings produce perseverance, or the ability to keep on keeping on. (“ 3 Not only so, but we also glory in our sufferings, because we know that suffering produces perseverance; 4 perseverance, character; and character, hope. 5 And hope does not put us to shame, because God’s love has been poured out into our hearts through the Holy Spirit, who has been given to us.” Romans 5:3-5)
“We also glory in our sufferings.” Glory… as in magnificence, splendor, wonder, etc. … in our sufferings. The sufferings are part of the journey. It’s easy to become bitter at the sufferings… but then we miss out on the glory of them. Sufferings lead to perseverance, which leads to character, which leads to HOPE. Thank God, we have that hope (‘cause wow, what a mess I’d be without it). I have hope because I know the story isn’t over. My identity is not bitterness alone.
Though I’m no longer who I once was, I’m not entirely bitter. There is some sweet in the mix. I’d rather have had my daughter with anencephaly than not at all. God gave us so much through her, and it has been bittersweet. I’m not a Mara… I’m a Mara-Naomi.

**edit: I think I should start using the term Maranomi to describe this... go to www.facebook.com/AfterTheRainn to discuss what the term might mean to you! 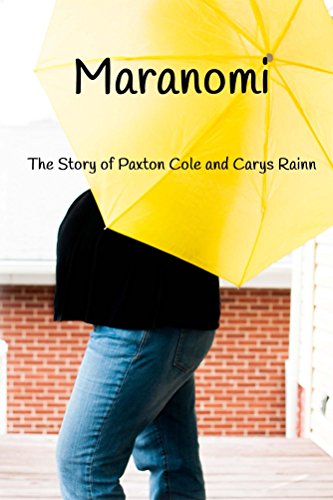 Keri you put that so perfectly! I feel exactly the same way, and no one else would understand the bittersweet other than another Mara-Naomi.

I think you put it very well! A person really, truly cannot grasp what life is like after losing your child unless they have experienced it themselves. It's nothing I imagined it would be.

This is a great post Keri! You couldn't have said it better! This journey is truly bittersweet <3

I remember reading that verse about Naomi shortly after loosing my 2nd child and for a time I wanted to change my name too. Names and their meanings are so important to me and I didn't feel like the same person I was before. Beautiful post.

I love your biblical references. You are so well-versed in scripture and always know where to find the right stuff. Catholics are notorious for not doing much scripture study on their own, so I am always grateful for your lessons.

I find a great deal of beauty in Hebrew names, because they are so wrought with meaning. As you know, Gabriel's name was specially chosen for its meaning and he fulfilled it well. Like you, I hope Naomi found peace. I am grateful for our own peace, our own "new normal."